During the month of July we had photo entries pour in from around the world: Nepal, Mexico, Rwanda, Thailand, Lebanon, Sweden, Chile, India, Japan, Pakistan, Egypt, the United States, Poland and Jamaica… just to name a few of the countries. After receiving hundreds of great photos from international students wanting to share their story, our judges were finally able to narrow it down to the top finalists. Each one had us itching for more details and as we discovered, each one tells a unique story.

We are proud to present our International Student Photo Contest Winners: 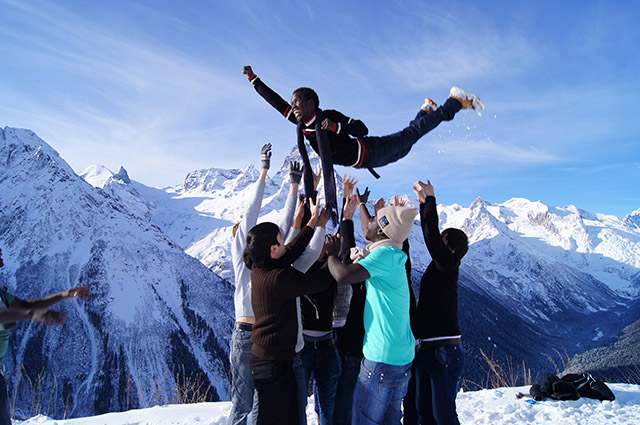 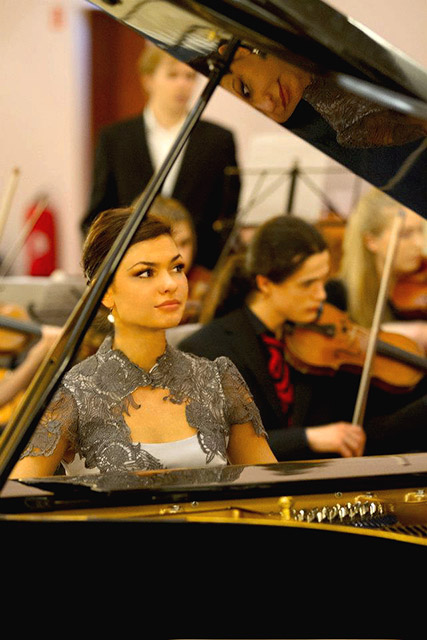 My 1st Solo concert with Symphony Orchestra... the photo is taken right before my solo starts. Very nervous and excited.

I was born in Ukraine and started studying piano at age of 4 very seriously. I presented in the Ukraine on various International competitions and always won prizes.

But at age of 11 I took a risk in order to learn something new and unusual in performing music, I went to Iceland as an international student and started everything over there. However, I became a well-known pianist in Iceland and started achieving my main goal - To build a relationship between Ukrainian and Icelandic musicians of all ages.

Now I'm 18 and I graduated from the youth music college in Reykjavik with the honor diploma and my next step is to become an international student at Mannes College of Music in New York City where I'm starting in fall '13. My new goal is to become a famous pianist with the accent of Ukrainian passion for music, Icelandic romanticism in performing and excellent American technique.

I am very happy that I been always an international student somewhere, because I learn how to see and appreciate the uniqueness of each country and present it in my perfomances. 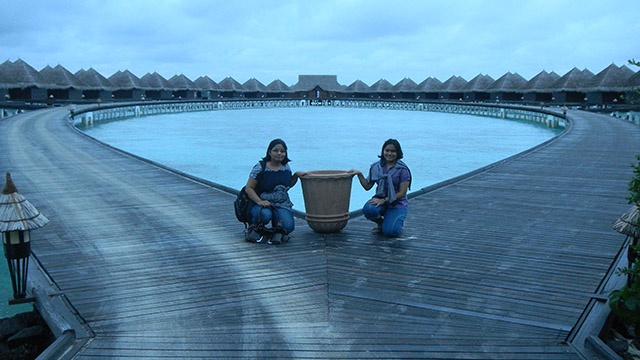 I am from India and was studying in the republic of maldives when photo was taken, this is the sand patch in the Indian Ocean in Maldives.

While these photos did not receive a first, second or third place award- we wanted to make sure they received the recognition they deserve, and that our visitors have plenty of time to enjoy them as much as we do. Take a look around at our honorable mention photos. Ooh and ahh as much as you would like, and if you are an international student- keep in mind that next year this could be your photo! 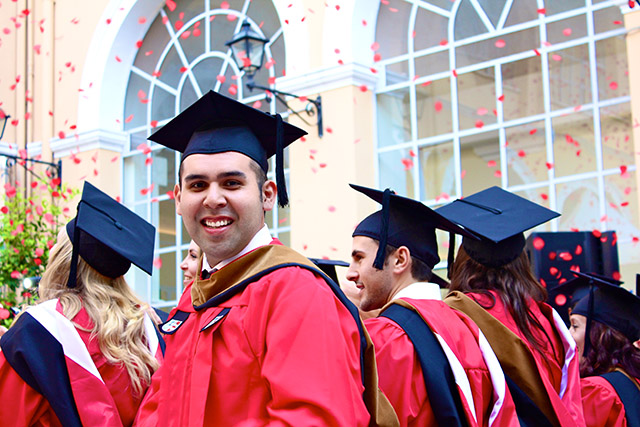 "The most rewarding things in life are often the ones that look like they cannot be done." My Graduation in Rome, Italy.

I am from the United States, born and raised in San Diego, California. I was in Rome, Italy when the photo was taken and this is at my graduation from St. John’s University at the Rome Campus this summer. This was definitely a moment of bliss for me, hard work always pays off and I am extremely thankful and overjoyed with happiness. I obtained my MBA degree and studied for almost 2 years in Rome. 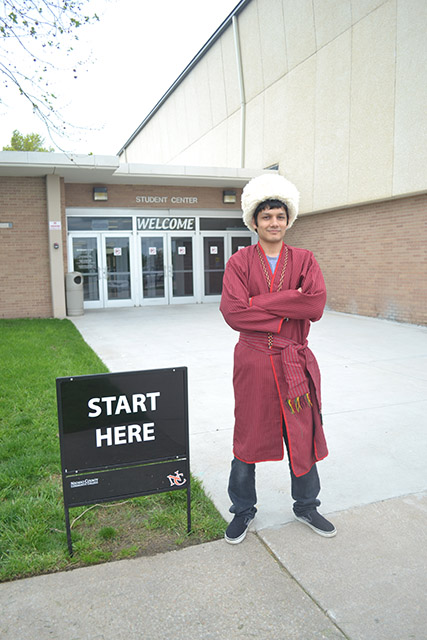 Walking around in my national clothes. 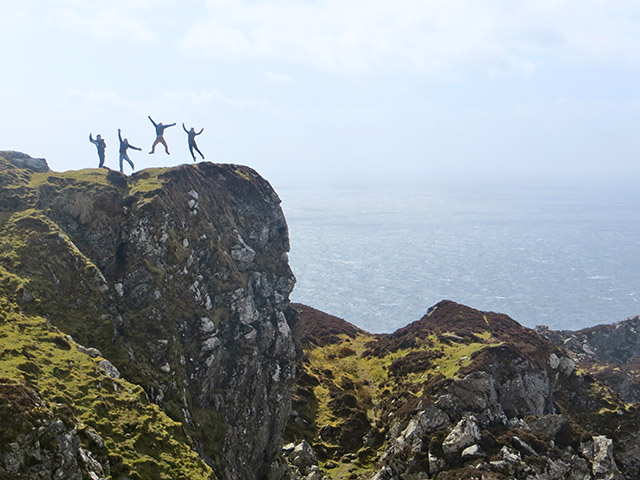 I am a student majoring in Biomedical Sciences and Psychology at Marquette University in Wisconsin, USA. This past semester I studied psychology and history in Galway, Ireland. This photo was taken at the Slieve League in County Donegal when my brother, three friends and I hiked the wind-buffeted cliffs lining the West coast of Ireland. 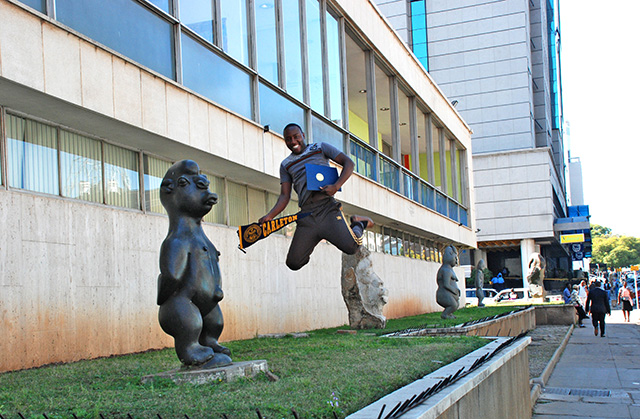 I had just recieved my acceptance letter and full scholarship to attend Carleton College as Kellog Scholar '17. In this photo I wanted to show how happy and excited I was to be joining the rest of the international students in the US.

Heralding from Zimbabwe, Southern Africa, I am Sabastian Nyasha Mugazambi. I am excited to be starting my first year at Carleton College in Minnesota next month where I hope to study Mathematics and Economics. This photo was captured after I had been admitted with a Full scholarship to study in America and captures the excitement I have for joining a top liberal arts college with a vibrant global student community. 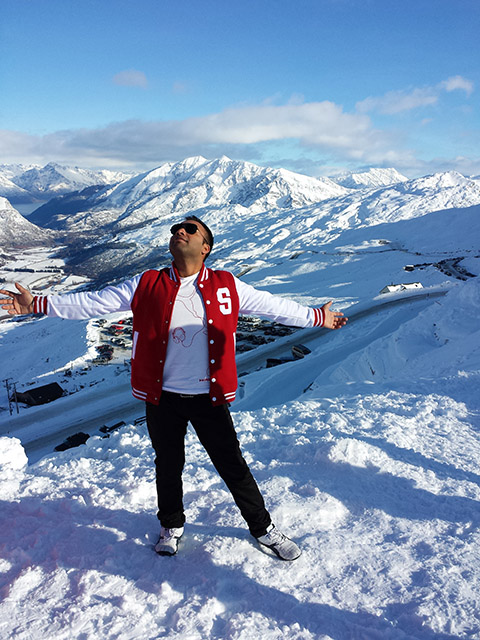 Best Day of My LIfe

I am from India and I study in New Zealand, the photo was taken in June 2013 in Queenstown where I study business. In this photo I was on a five day tour and feeling like I'm in heaven, it was a beautiful day in my life. 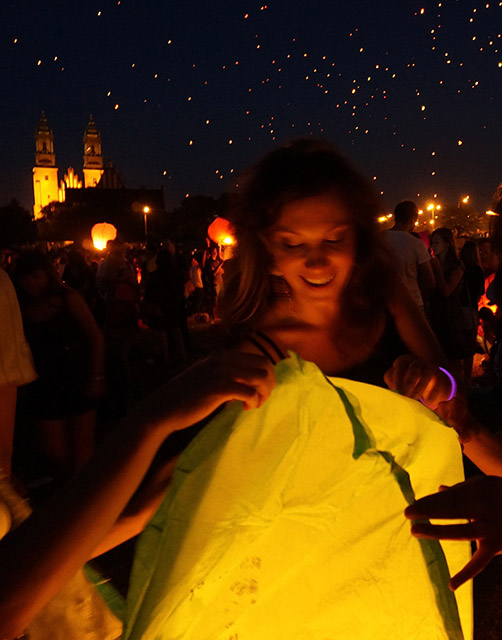 Lighting the Night Sky in Poland

I am from the United States and was enjoying a beautiful, relaxing study break at Kupala Night by the river in which thousands of lanterns are lit with a wish in mind and released into the sky. This was taken while studying abroad in Poland. 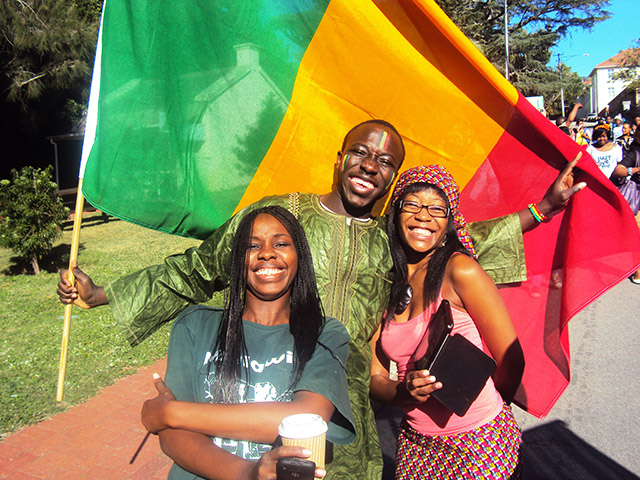 I am from Mali in West Africa, and I was doing my Honours in Sociology at Rhodes University in South Africa. The picture was taken during the International Student Day in the University and I and some other international students were jubilantly socializing, and posing for memories. The most important thing about the picture is that I was the first Malian Student to be at the university, and I brought with me a new culture, outlook of the world and enriched the University's international students body. 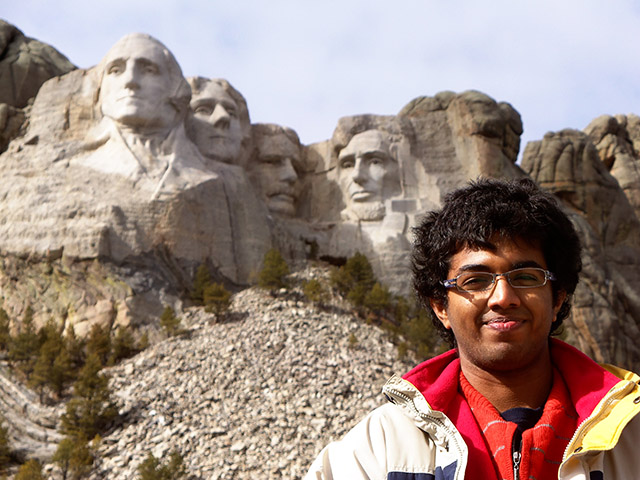 I am Mohamed Hakeem Mohamed Nizar from Sri Lanka, but everyone calls me Hakeem. The photo is of my roommate and was taken in South Dakota, where I am still an international student at the South Dakota School of Mines and Technology. I enjoy photography as a hobby, even though I don't have a professional camera. This photo was taken while out for a picnic at Mount Rushmore. 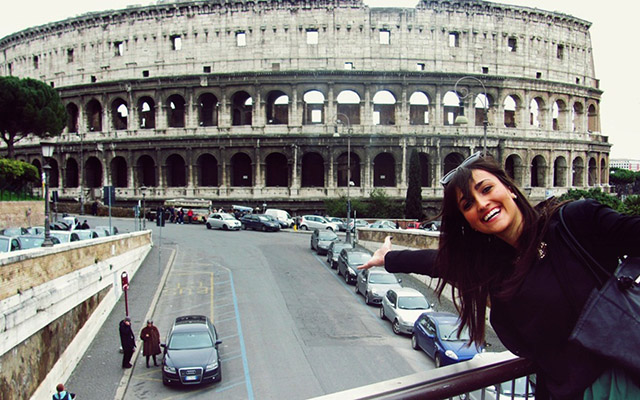 I'm from Sarajevo, Bosnia and Herzegovina. I'm studying International & Public Affairs in the International University of Sarajevo (IUS). This picture was taken in front of the Colosseum during a student trip to Italy. The main motto for this picture was: Use your smile to change the world, don't let the world change your smile! It was taken in my favorite city- Roma which is amor spelled backwards. 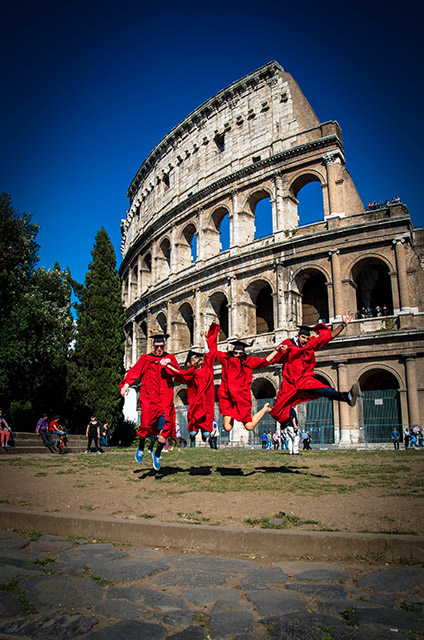 Katherine Mather @ Rome, Italy in front of the Colosseum

Born and raised in the USA, I decided to get my MBA in Rome, Italy. The program took about 18 months and this June I finally got to walk the stage! After graduation we made our way to the colosseum to snap a shot that perfectly summed up everything we had experienced. It was incredible. 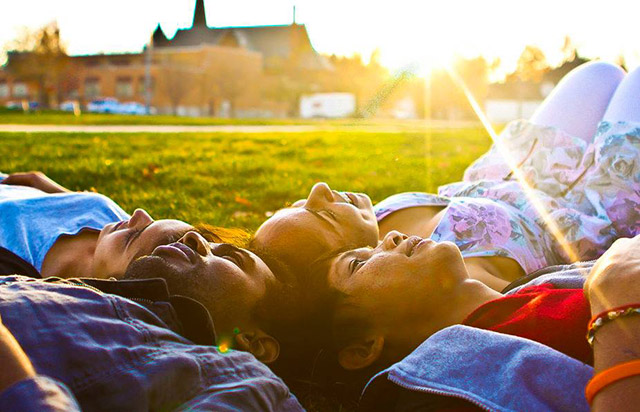 My name is Yakin Jaleta and I am from Addis Ababa, Ethiopia. I am currently studying at Wartburg College in the United States. I took the picture on an intentional orientation day: right before the start of freshman year. The picture depicts the excitement of new friends from different parts of the world who are thrilled to start a new four year journey. 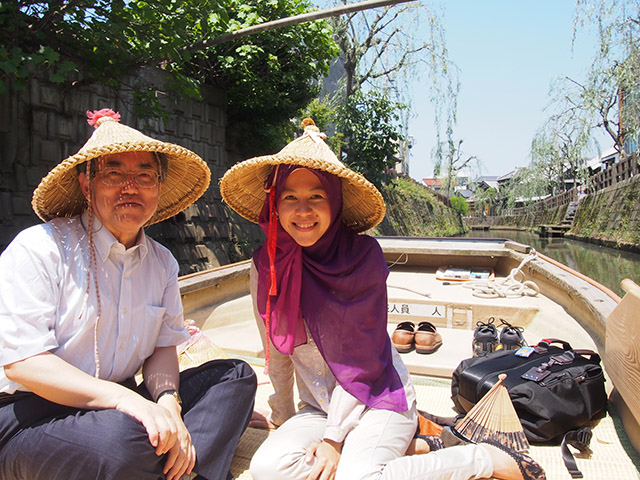 My Name is Aulia Indah Pratiwi, and I come from Indonesia. Currently, I study for my PhD in Doshisha University, Kyoto, in biochemical engineering laboratory for 3 years. The picture was taken when I had a post-conference tour in Narita, Japan. It was a surprise when my professor asked me to ride a traditional Japanese boat along Sawara city (small Edo) river, then we saw the old city from along the water, it was really fun. 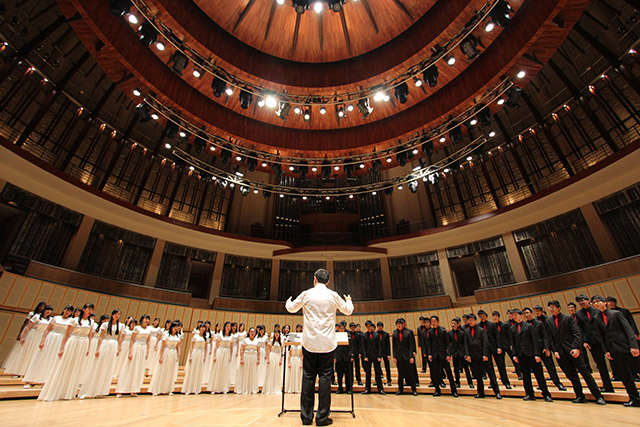 My school had many different kinds of co-curriculum activities and one was choir. Our choir team had won a few international awards before. Hence, its talent was recognized and so they had a privilege to perform at a world class theatre "Esplanade- Theatres on the Bay." 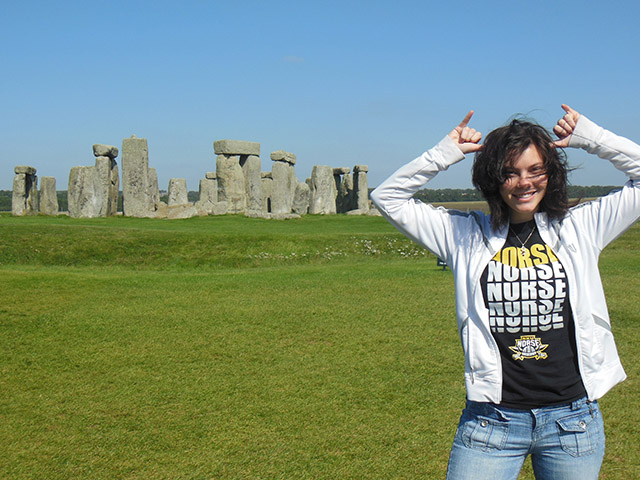 "Norsing Up!" I am from the United States and was representing my home campus- Northern Kentucky University on my study abroad program Semester at Sea! 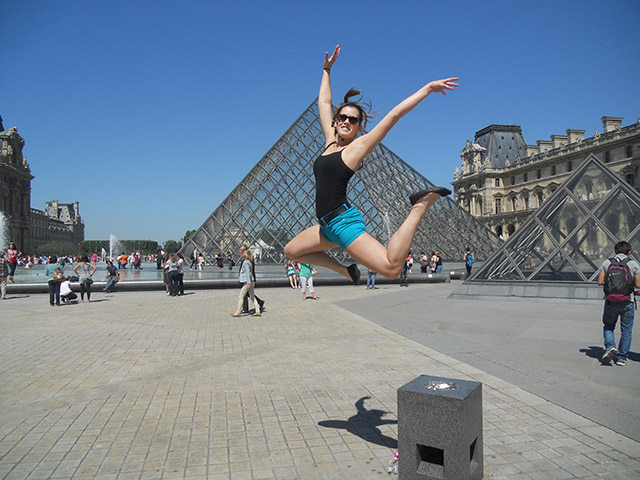 My name is Jacki, I am from the United States (Ohio) and I was studying abroad in London, England, but took a trip to Paris, France for a weekend excursion. In my photo, after spending the morning exploring The Louvre, we decided to wander around the beautiful Napoleon Courtyard. All of the marble cubes stationed around the Courtyard seemed to be for people to stand on and pretend to hold the famous Louvre Pyramid - however, I saw it as the perfect opportunity for a "jumping picture." Angela, the girl I was traveling with, happened to catch my jump (on the fourth try with hurting ankles) at the perfect angle and create one of the best pictures from my whole trip. While studying abroad, I was doing an analysis of the marketing of the English Premier League stadiums in London and Manchester - a passion which has led me to my current and past internship with Major League teams in the United States. 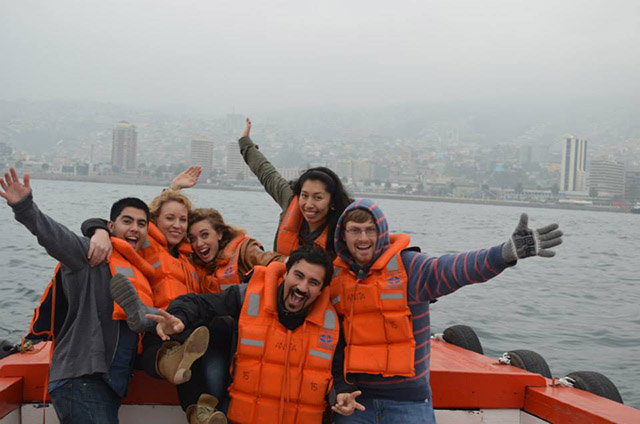 Boat Tour Through the Port of Valparaiso

I am from the USA and was studying international business in Vina del Mar, Chile.