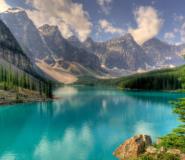 Canada has become a booming hub for international students whose dreams include remaining in the country in which they complete their studies. No longer an overlooked global destination to earn a degree, Canada also offers a direct path to permanent citizenship - an option many international students seek. Canada has ranked as one of the top ten places to live in the world for over twenty years, and boasts an education system ranked among the best.

Canada is an increasingly popular option for students who seek and require a less expensive alternative to studying internationally than they might find in the US. Canadian universities are now providing equally prestigious degrees as those in the US, often at a more affordable cost.

Canadians place a great amount of importance on learning, and standards in education in Canada are uniformly high. There are almost 100 universities in Canada, five of which—the University of Toronto, McGill University, University of British Columbia, Université de Montréal, and University of Alberta—are ranked among the top 100 in the world.

The Canadian Way of Life

Because Canada is such an immense country, it is extremely varied in its people, landscape, climate, and way of life. However, Canadians do share important values such as pride, a belief in equality and diversity, and respect for all individuals. International students who are considering studying in Canada will want to familiarize themselves with the culture and customs they can expect to experience.

Canada is widely regarded as one of the safest places in the world to live. However, it is still important to follow the same common sense safety precautions in Canada that you would anywhere else in the world. Read on to learn some general tips to keep you safe and well during your studies in Canada.

Students in Canada have a number of options when it comes to accommodation. Whether you’re staying on campus or living in a private residence, you will be able to find the right housing for you. This page outlines the different options that are available to international students, as well as the pros and cons of each.

Canadian Colleges and Universities to Consider

After deciding to study in Canada as an international student the next step is to choose an institution. There are a variety of great educational institutions throughout Canada, so narrowing down your list of choices can be a tough task. However, this page will provide you with information on what you should consider when choosing the right Canadian college or university for you.

We also encourage you to interact with our resources and post messages, leave comments and help us build our Canadian student community. You can learn a lot from fellow students, and your participation makes our resources better:

Stay current with all the very latest international financial aid news and information, including scholarships and international student loans.