With 50 states to choose from- it's hard to make a decision when it comes to where to study as an international student.

Thank you for attending our Kickin’ it Oldschool Class Room Series. I’m Bryanna Davis at Internationalstudent.com and today we’re going to cover some of the “hottest” states that international students are choosing to study at in the US- and we don’t mean temperature hot! If you want to get an idea of the number of international students that were in these top three states I’ve listed them out- but it’s.  If you already know that you want to study in the US but are having a hard time deciding which state to study in- you might want to take these three states into consideration. Now keep in mind that these are only 3 of the 50 states in the US- so you won’t want to stop your exploration here, but it’s a good place to start. Each state is unique and exciting for their own reason, but we are only going to cover the California, New York and Texas, the three most chosen states in the US by international students.

First, we have California. Located on the West coast of the US, California is known for its nice weather- it’s fairly tempid year round and has miles of beaches for students to enjoy, plus, it has celebrities! California is home to the beloved Hollywood, an area that has become a central hub for movie stars, musicians and people hoping to see them. Looking beyond the social aspect California has a reputation for providing students with a great education since it includes schools like Stanford University, National University, and the many campuses of the University of California. So it offers a good balance of work and pleasure- which is why it’s a top hot spot for international students.

The second top “hot spot” state is New York- New York is home to the famous New York City, and it’s a city too great not to mention!  New York City is known for its high energy (thus it being the called the city that never sleeps) and having arts and culture bursting from every seam. New York City is a melting pot so it essentially has something for everyone. Looking outside of the City there is still so much that the state has to offer- especially for an outdoor enthusiast. If you love change, you’ll love that in New York you’ll get to experience all four seasons. Looking at the academia side of New York, it’s also host to a number of excellent schools like the New School, NYU, SUNY, Cornell and Columbia. Also, since New York City is such a large hub for businesses- it’s a great place to be if you choose to participate in CPT or OPT.

Third on our list is Texas! Located in the South, Texas is a state that has the reputation of cowboys riding around on horses- but sadly this is no longer the case unless it’s on a ranch.  Texas is just as modern as any other state in the US and has a lot of great schools to offer visiting international students including Texas A&M, Texas State, University of Houston and University of North Texas. Texas is a huge state that offers prairies, grasslands, forests, deserts and coastal regions- enough variety for even the most picky of travelers to choose from. If you prefer city life, there are also 4 for you to choose from: Houston, Austin, Dallas and San Antonio.

If you want more information on each of these states you can visit our school state guide for more. Keep in mind that these three states are where the majority of other international students chose to study- it doesn’t mean that one of these is right for you. On our state guide page you will also find the other states so make sure you check those out as well. Class dismissed. 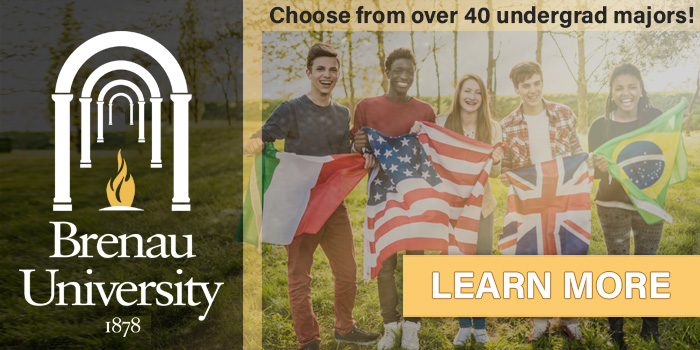