Mohawk Valley Community College (MVCC) is a two-year college in Utica, NY with 90 academic majors. MVCC is part of the State University of New York (SUNY) network of higher education universities and colleges.

MVCC offers affordable courses. Students can decide if they will complete their Associate Degree and begin to work or if they would like to transfer to complete a Bachelor’s Degree at another university/college. We have transfer agreements with both public and private universities throughout the state.

The application process is simple; we do not require the TOEFL exam. MVCC has a free placement test to determine which classes are at your level. We have a strong English as a Second Language (ESL) program, which prepares students for academic level English.

Class sizes are small, and MVCC’s emphasis is on excellent teaching—and student learning and makes it easy to meet and speak to professors. We have a large tutoring center and library that provides extra help if you need assistance in your classes.

Residence hall dormitories are available for 600 students, and there are many sports, activities and student clubs and organizations. Every semester we have concerts, comedians, and cultural events. Many clubs also organize trips to locations such as Washington DC, Boston, and New York City. 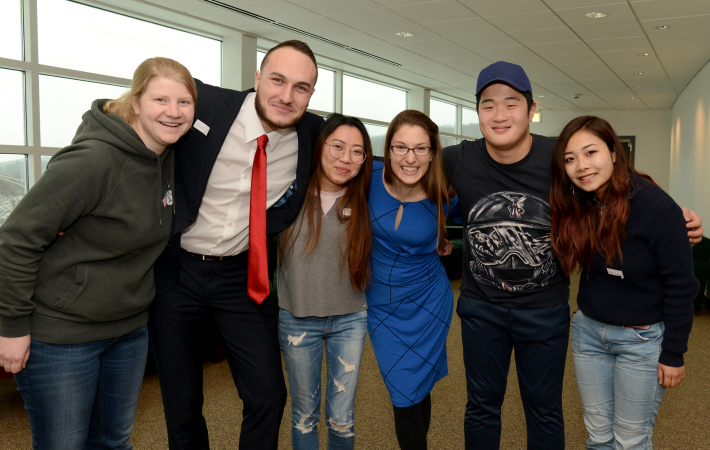 English as a Second Language (ESL) 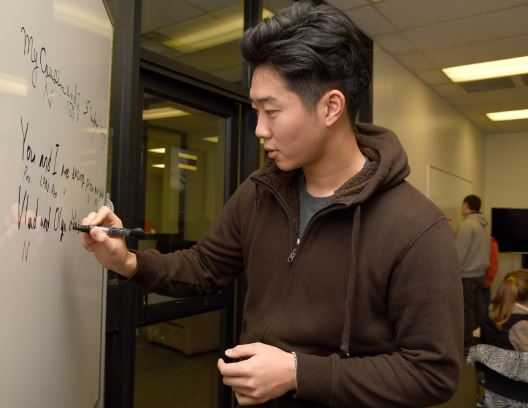 When studying in American, being comfortable with your English skills is essential. Your classes will be conducted in English, and will be conducted under the assumption that your English skills are adequate. However, if you are unsure of your English abilities, or simply know you're not quite ready to learn in an English-speaking environment, MVCC has a program for you. MVCC has a strong English as a Second Language (ESL) program, which prepares students for academic level English if needed. This intensive program is designed to teach international students of various levels of English proficiency the skills required to thrive both in and out of the classroom at MVCC and beyond. 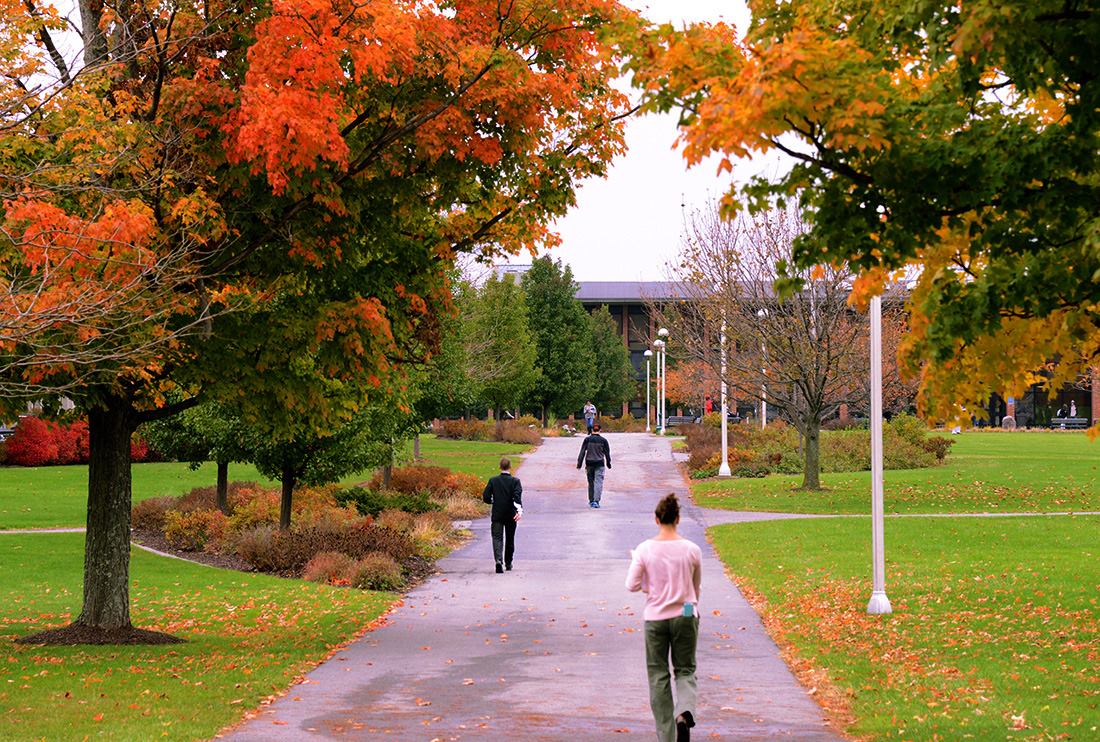 COVID-19 has made a huge impact on the way school is conducted across the nation and worldwide. Like most schools, spring courses at MVCC took place entirely online in order to combat the spread of COVID. No one knows exactly what is going to happen, but thankfully, MVCC is located in an area of New York State that is not densely populated, so operations are starting to reopen. MVCC is accepting applications for the Fall semester until August 1, 2020. 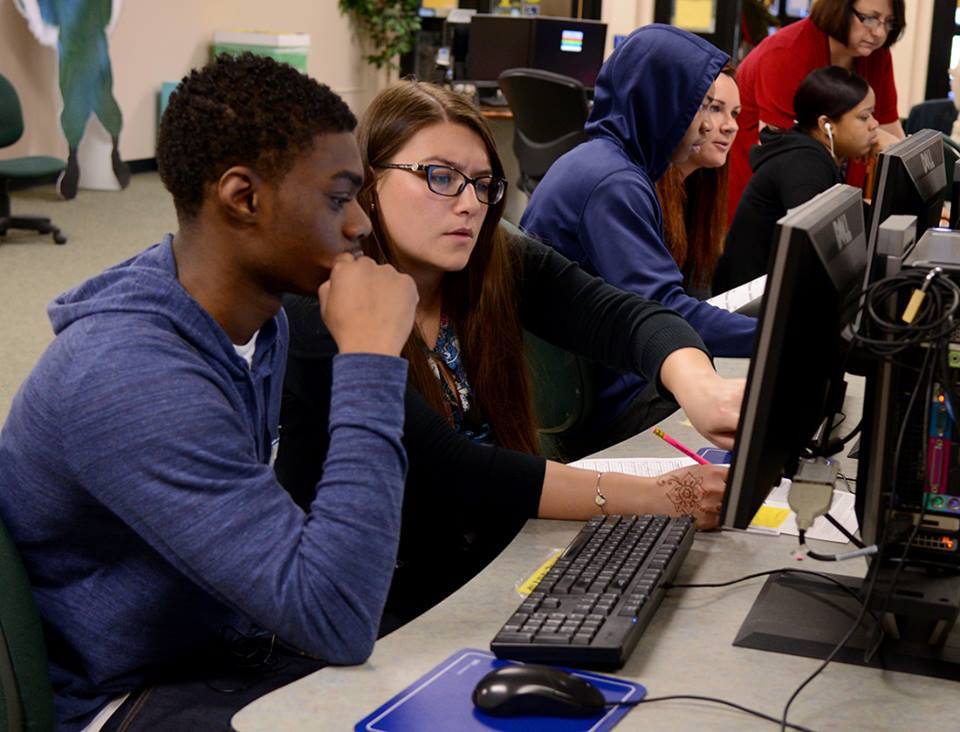 If you're considering studying abroad in the United States, you should probably look into scholarships that you may qualify for, as a college education can be expensive. There are a number of different scholarships available to international students based on various qualifying factors. At Mohawk Valley Community College, there are scholarships available to international students based on academic merit, community service, and involvement in college activities. Scholarships range from $100 - $3000, and involve an application process. To apply or to learn more complete the request more information form at the top of the page.

MVCC offers a full campus residential experience with on-campus housing for over 500 students. There is a dining hall with an all-you-can eat buffet for breakfast, lunch, and dinner. Throughout campus, several dining service locations offer quick meals and coffees as well. A large Learning Commons offers access to computers, study rooms, tutors in every subject, a full-time librarian, a Math Lab and a Writing Lab. The library is open late hours and through the weekends to serve as a welcoming study and research space for students. In addition to books, DVDs and online resources, the library has many group study rooms, a computer lab, and group study spaces. The Jorgensen Center is our athletics facility, with a large fitness center gym, a pool, an indoor track, basketball courts, racquetball rooms, yoga rooms, and a dance studio. MVCC has an outdoor track, a soccer field, softball diamond, and tennis courts available to students as well. MVCC has a large theater, which supports both the theater degree students, but also host performances of visiting singers, dancers and musicians. 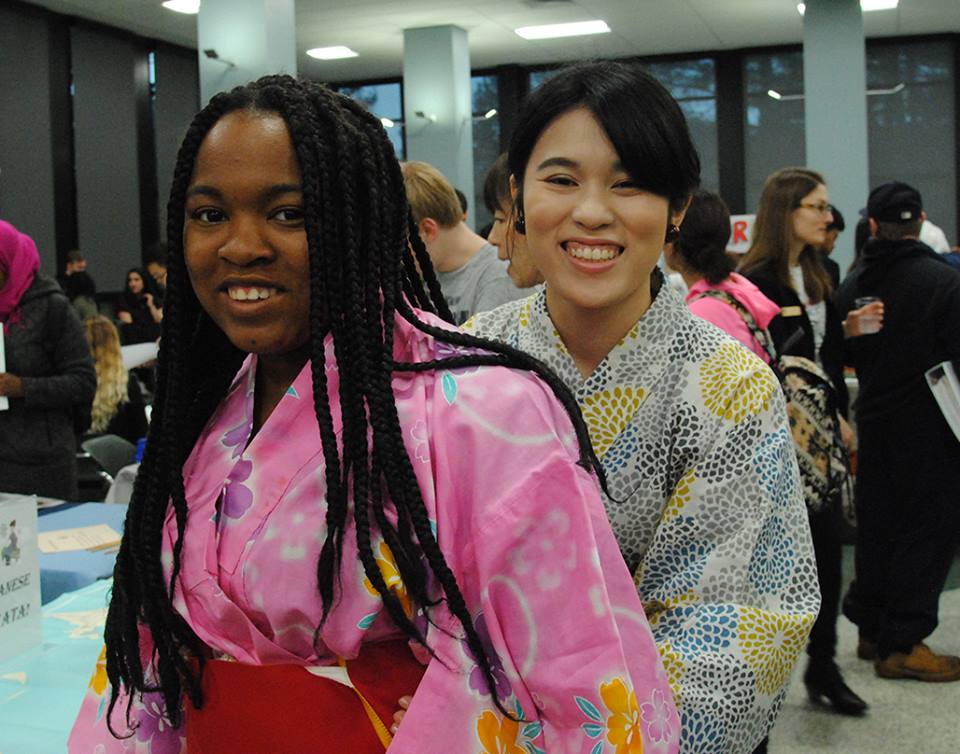 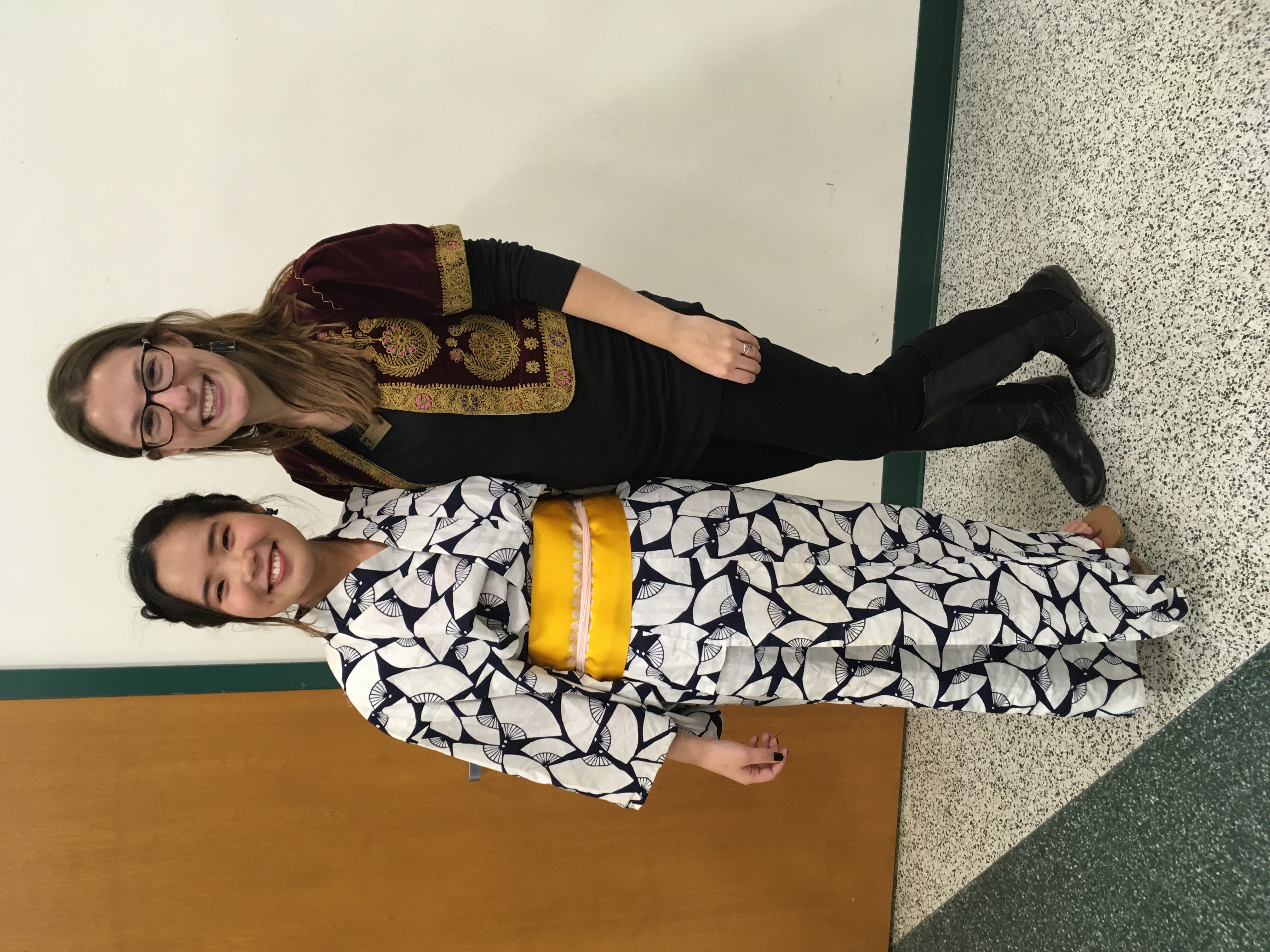 Although like a typical Japanese college student, I could neither eat any good food at any fancy cafe nor wear any fancy clothes, I met a lot of nice people and spent meaningful time with them. -Hanano Tomita

(1) I became stronger mentally. I used to cry a lot (it doesn’t matter if I’m with people or alone). But I haven’t cried since I came here!

(2) I became stronger physically. I’d easily catch a cold when the environment changed around me. Maybe that’s because I wasn’t good at dealing with stress. But I haven’t caught a cold so far since I started living in the US. I’ve been in very good condition!

(3) I became able to join speedy conversations with people who speak English as a mother language. Since people who came from the Northern part of New York speak very fast, it was especially hard to catch what they said. But I’m mostly able to understand what people are saying and tell what I’m thinking as well now.

(5) I leaned the minorities regarding race, sexual orientation and sexual identification. This world is much more diverse than you think! More than I think! I feel like more Japanese ought to openly talk about minorities.

(6) My communication skill has been brushed up! I tried to talk to not only Japanese but also a lot of Americans. I tried to open my mind to anyone. And of course I’ll keep it up. 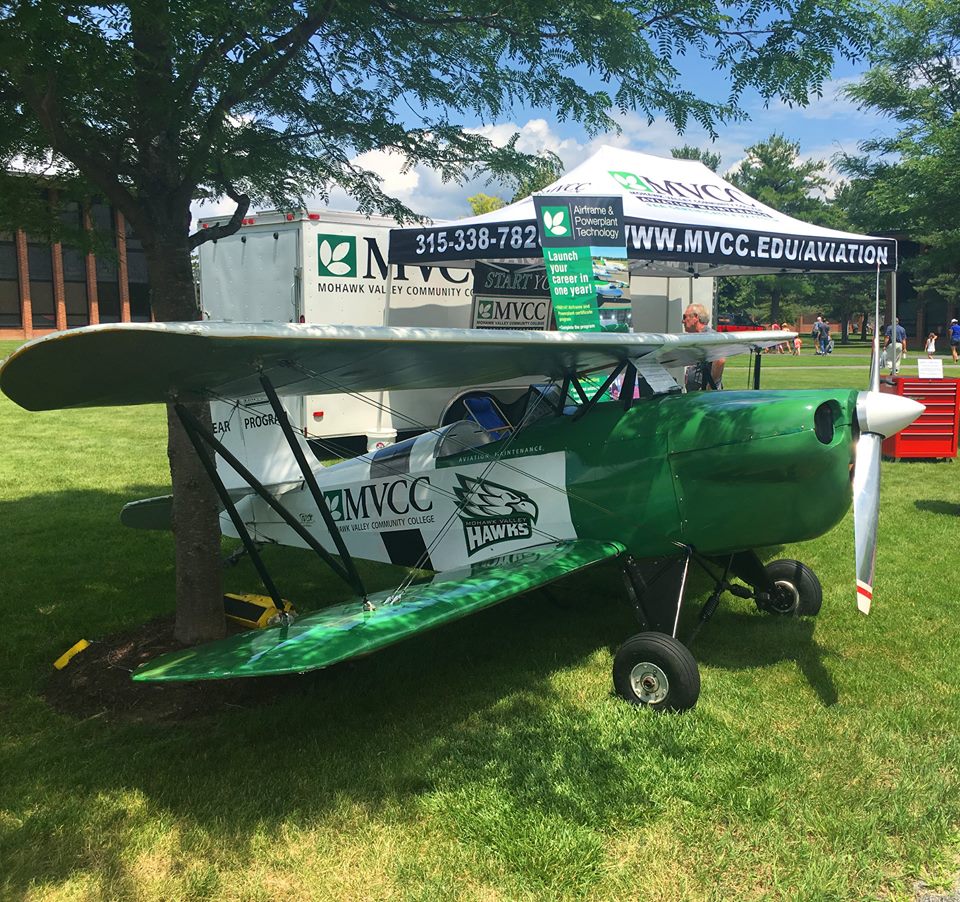 At MVCC there are many clubs and organizations for students to participate in – currently there are 50+ clubs! Some groups are related to academic majors, others to individual interests, religious, and honor societies. All offer students first-hand experience in planning, group leadership, communication, and budgetary management. This "hands-on" experience, combined with classroom learning, creates a well-rounded college experience for those students choosing to participate in the program.

If you do not find something to fit your interests or needs, you can meet with the Student Activities Office about other involvement opportunities. Many of the clubs take trips to locations around the United States; including Boston, NYC, and Washington D.C.

MVCC is in a safe, medium-sized city of 60,000 people. Utica has a large international population in the city and is home to many immigrants and refugees around the world. Because of the diverse community, there are many delicious ethnic restaurants and food markets! Utica, NY is four hours by car from New York City and there is both a train and bus station that can connect you to many cities throughout the state and country. The area is very historic and offers many opportunities: there is a zoo, a beautiful art museum, visiting Broadway shows, and concerts.

New York, rich in its cultural and historic heritage, has remained a national symbol of the American Dream for centuries. For international students planning to study in the United States, New York hosts one of the most well-known and diverse urban centers in the world, New York City. Along with some of the most beautiful American geographical landscapes in the country, New York has more attractions than can be appreciated in a single study-abroad experience, but that certainly doesn't stop international students from making plans to make the most of their time in New York!
Read our full article on studying in New York

MVCC International Admissions and Student Services | @MVCCglobal
12 days and 10 hours ago
RT @StudyUSAcom: Meet Linh from Vietnam studying at Mohawk Valley Community College. Read her story why she chose to study at @MVCC_UticaRo…

MVCC International Admissions and Student Services | @MVCCglobal
117 days and 16 hours ago
RT @StudyUSAcom: Mohawk Valley Community College: Testimonial from Mari Kobayashi of Japan🗣 "...I did an internship at the Permanent Miss…