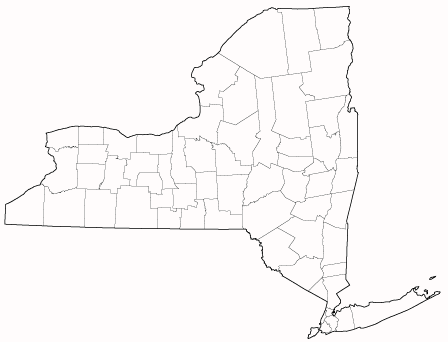 New York is well known for its long history as a central station for immigration to the United States. Throughout the years, the destination of New York has symbolized far more than just another trip to someplace else on the globe; for many, New York has always been and will continue to be a signpost for the American Dream of opportunity, prosperity, affirmation of individuality, self-determination, and freedom. The rich and diverse influx of immigration to the United States throughout its history helped create the incomparable cultural diversity and pulsating energy of New York City. With approximately 8 million people of all types of ethnicities and cultures living or studying within the city of New York itself, it remains the most populated and culturally influential city in the entire United States.

For the international student studying in New York, the American Dream of opportunity and self-determination couldn’t be more real! New York is globally recognized as a financial center of the world, an international destination hot spot for foreign travelers, and arguably home to the most spectacular night life scene in the world!

As for the colleges and universities, international students studying in New York can be confident there are several premiere public and private educational institutions to choose from. In fact, New York is one of the only American states to be home to multiple Ivy League schools; it hosts the prestigious Cornell University in the Finger Lakes region of New York State, as well as the historic Columbia University nestled within New York City itself.

New York is also known as a cultural hub, with concerts and performances of all types and styles. Locals and tourists alike flock to New York City to listen to music, see a Broadway show, and to tickle their senses like never before. With the demand of first-rate shows, there are excellent schools designed to meet this need.

New York is also known as a cultural hub, with concerts and performances of all types and styles. Locals and tourists alike flock to New York City to listen to music, see a Broadway show, and to tickle their senses like never before. With the demand of first-rate shows, there are excellent schools designed to meet this need. Attending a college in New York can be a great way to become acquainted with the state’s rich culture and community. In 2010, Adelphi University in Long Island earned the Community Engagement Classification from the Carnegie Foundation for the Advancement of Teaching. Adelphi encourages students to give back to their community through service programs and hosting of athletic, cultural, and educational events. With Adelphi University placed in New York it is equipped with countless nearby organizations that do likewise.

When it comes to things to do in New York, the list goes on and on with something for every kind of young personality! International students interested in global economics, high finance, and capitalism in general will have access to international money-trade centers such as the New York Stock Exchange and many are even able to secure opportunities to intern and serve at the headquarters of multinational financial corporations.

New York State is also a wonderful choice for international students interested in American and world history, especially art history and literature. In fact, international students studying in New York that have a love for art history in particular will certainly appreciate living nearby several of the geographic locations that served as the real-world inspiration for premiere 19th century American landscape artwork, as well as the American nature-themed literature and philosophy of Ralph Waldo Emerson and Henry David Thoreau.

Some of these inspirational, all-American landscapes include the Great Appalachian Valley in eastern New York, the stunning Adirondack Mountains in the west, the Catskill Mountains, the Hudson River, and the nearby, breathtaking Niagara Falls waterfalls. Besides visiting and experiencing the beautiful New York nature scene, a few other incredibly fun and exciting things to do in New York include: visiting a wide range of cultural attractions and historic landmarks (such as the famous Statue of Liberty on Ellis Island, the Empire State Building, Carnegie Hall, Times Square, Central Park, and the Radio City Music Hall in Manhattan), experiencing world-class shopping and cutting-edge fashion (at locations such as the Manhattan Mall and The Shops at Columbus Circle), visiting famous museums and art galleries of all kinds (like the Metropolitan Museum of Art and Madame Tussauds Wax Museum), enjoying first-class entertainment in internationally-acclaimed comedy clubs and performance venues (such as Broadway), and mingling throughout the night with socialites visiting this city from around the globe just to experience first-hand it’s world-class night-clubs (which are sure to be pulsating the energizing sounds of every human genre of music under the sun)!

Study English as a Second Language in New York City

New York City might be the most popular city in the United States, and is certainly so in the state of New York. For students who wish to study English as a Second Language, New York’s multicultural society and people of many unique backgrounds living in the area makes it a great place to learn and practice English on a regular basis. Equipped with state-of-the-art academic technology in the heart of NYC’s iconic skyline, Kaplan International School of English has everything you need for a dynamic learning experience that lives up to the views. Students can study English as a Second Language in a classroom setting that includes flexible schedules, Business English courses, exam preparation, and long-term English Intensive courses. This Kaplan program will make the ease of transitioning to a new country and busy city simpler for any international student.

For more information and to search schools to study in New York, and to contact them for free for further information, please visit the Study in the USA School Search.