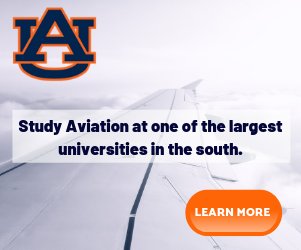 One of the most overlooked jobs in the aviation field is that of a crop dusting pilot. When most people think of crop dusting, they picture a grizzled old man in an ancient biplane, flying low over a field in Illinois. He appears suddenly on the horizon and disappears almost before you have the chance to register him.

Today’s crop dusting business is completely different, with million-dollar turbine-engine planes, intricate GPS systems for planning the row flights and triggering the sprayers, and well-trained, experienced pilots. In fact, there is probably a lot about crop dusting that you don’t know. Read on to decide if a career as a crop dusting pilot is right for you.

2. The first aerial application wasn’t from a plane.

The first aerial application of agricultural materials (that we know of) was done by a hot air balloon with mobile tethers in 1906 in Wairoa, New Zealand. It was flown by a man named John Chaytor, who spread seed over a swamped valley floor.

3. Organizations like the National Agricultural Aviation Association (NAAA) are working to change the stereotype of the cavalier ag pilot.

The NAAA’s mission is to promote and foster the development of aerial application and the significance that it plays on a global scale. Its top priorities are education, training, and safety. The NAAA has changed what it means to be an ag pilot by promoting research, new technologies, and new application techniques.

From the ground up, pilots who enter the aerial application industry are trained in all aspects of aerial application, safe pesticide use, and entomology. The idea behind this is to minimize the risk to the environment.

5. Planes are equipped with state-of-the-art equipment.

We’ve come a long way from the days of the rickety old biplane. Recent technology developments such as GPS swath guidance, aerial imagine, and prescription mapping and dispersal systems have revolutionized the aerial application industry. Planes are equipped with GPS systems that provide guidance accuracy within three feed and guide the pilot using a light bar and electronic mapping system.

The flying involved in aerial application is technically challenging and occasionally hazardous, so it is imperative that pilots know that they’re doing.

8. You probably won’t start out as a pilot right away.

Many ag pilots begin their careers mixing chemicals and serving as loaders or mechanics for the plane. You may find that you need to gradually work your way up to a pilot position.

9. Ag pilots are in high demand.

Thanks to the recent farming boom, aerial application is a hot field. According to the Federal Aviation Administration, hours flown by crop-dusters rose 29% from 2003 to 2007. This is in sharp contrast to the majority of other aviation fields; most aircraft makers are in a slump, while leading aerial application manufacturer Air Tractor Inc. in Olney, Texas, is making more planes every year.

10. You will need a great deal of aviation training.

In order to work as an ag pilot, you will need to earn your private pilot license, a commercial rating, and a tail-wheel (conventional gear) airplane endorsement, as well as specific agricultural aviation training.

Learn more about studying aviation in the USA by reading our growing article collection.

« Study Guide by Subject   « Study Aviation in the U.S.

Over time we will be updating this section and including more information for those who want to study aviation in the USA and for other countries, but please feel free to post your thoughts and comments on our Facebook fan page, and also follow us and post questions through Twitter.

Study Aviation in the US

Study Aviation in the USA Guide

Visit the Study in the USA School search to find schools that offer programs of study in Aviation.