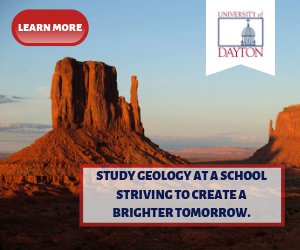 As an international student preparing to study in the United States, you may still be trying to decide on a field of study. Geology may not seem like a very interesting subject; after all, who wants to spend all their time studying rocks? But geology is more than just rocks; geology is the study of the continents, the oceans, the atmosphere, and the earth’s magnetic and gravitational fields. It encompasses the physical, chemical, and biological sciences. It is concerned with the earth’s history and the processes operating in and on the earth, such as the formation of its surface features and the erosion and deformation of this surface. The better we understand geology, the better we can preserve our planet.

Students who study geology also develop reasoning and analytical skills that will be useful to them throughout their lives. Geology is an inductive science that requires creativity—geologists develop hypotheses, sort through any available data, and determine the most logical theory based on that data.

As a geology major, you will look at the earth and the forces acting upon it, including the solids, liquids, and gasses that make it up. You will study various sciences including biology, chemistry, and physics. You will have the opportunity to visit geologically important local, regional, and national sites. Because geology is a science, you should be prepared to spend roughly three to four hours a week in the lab.

In an introductory geology class, you will learn the basics of geology, including how to identify rocks, minerals, and fossils. You will likely also cover topics such as plate tectonics, the theory that land masses, such as continents, are on plates that move across the surface of the earth.

If you need additional funding to study geology, explore financial resource options like scholarships and loans.

Courses you should expect to take as a geology major in the United States include:

How to Choose a Geology Program

When selecting the college or university that you want to pursue your geology degree, there are several questions you will need to ask about each program. These include:

Students who study geology in the US can go into a number of possible careers. The careers include, but are not limited to:

Students who study geology have a number of doors open to them, depending on where their interests lie.

Visit the Study in the USA School search to find schools that offer programs of study in Geology.

Over time we will be updating this section and including more information for those who want to study geology in the USA and for other countries, but please feel free to post your thoughts and comments on our Facebook fan page, and also follow us and post questions through Twitter.

Study Geology in the USA Guide