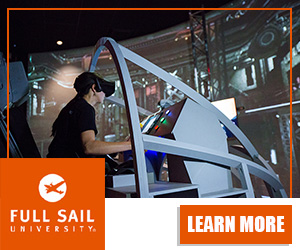 The programs that offer Master of Arts degrees tend to focus on the visual and narrative aspects of game design. These aspects include storytelling, atmosphere, setting, imagery, and character development and back-story. Programs that offer Master of Fine Arts degrees are similar to MA programs, with an additional emphasis on the visual arts and digital design. However, all video game design majors and graduates will be more than competent with the multitude of tasks required to create a video game.

A typical graduate degree in video game design takes anywhere between 18-24 months to complete, and will vary in cost depending on the institution at which the video game design major is located. There also tends to be a degree of flexibility with the structure and timing of these programs (as those students who already possess certain technical skills will not need re-training) such that students have a high chance of creating a schedule and academic plan that best suits them.

Video game design majors will be well versed in a number of skills desired by employers. A robust graduate degree in video game design will prepare its graduates to take the lead on a particular aspect (say, level design) within the broader division of labor until he or she is able to move up the ladder to leading their own team of designers working on an aspect of a video game world. In fact, by the time an international student receives their graduate degree in game design, they will have, as their program's capstone project, taken part in the creation of a full-fledged game!