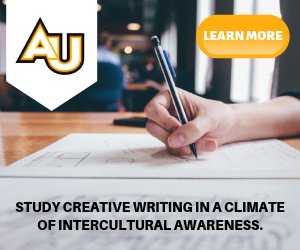 Movies, television, video games, advertising, marketing and public relations; these are all career opportunities for international students studying creative writing for entertainment in the US. With the digital age in full swing, jobs in the media industry are booming!

Advertising, marketing and public relations offer a lot of opportunity for creative writing for entertainment majors. Advertising and marketing usually go hand in hand, and allow writers to use creativity to craft a public image for a company. Typically, these jobs will consist of working with a team at an advertising or marketing firm to produce original ideas of drawing the public's attention to a specific product. However, it is becoming more common that companies rely on websites and social media to advertise and market their products giving writers the opportunity to choose from a much more expansive and diverse selection of businesses within the industry. Writers can see their work almost anywhere from huge billboards in Time Square, to T.V. commercials between their favorite show, or on YouTube previews before the hottest new Internet sensation.

Public relations give writers the opportunity to connect with and directly influence the public opinion. Imagine writing a script that will be read to the press at the beginning of the biggest movie premier of the summer; or issuing a press release squashing rumors of the latest celebrity scandal. Public relations allow writers to work for companies or public figures to mold an image in the public consciousness.

The mean annual income for advertising, marketing and public relations for the entertainment industry was $66,370 in 2011 according to the US Bureau of Labor and Statistics. This industry has one of the highest levels of employment for students looking to start a career in creative writing. International students typically need at least a bachelor's degree to be successful in this field but with high demand and a good education, finding a dream job in creative writing for entertainment should be a very rewarding and accessible experience.

When it comes to finding a job in the entertainment industry, never dare to dream too big. Many students that choose careers in creative writing for entertainment look towards Hollywood to write for movies and television. Screenwriters have the artistic freedom not afforded to many other jobs in the creative writing industry. More than other careers in creative writing, they have the freedom to work from home or wherever a computer is present. International students can also enjoy the flexibility of working freelance or for a major studio company.

Screenwriters for motion pictures made a median annual income of approximately $62,000 in 2010 according to the US Bureau of Labor and Statistics. However, successful scripts can be worth millions of dollars and can thrust a writer from obscurity into Hollywood royalty overnight. Writers for T.V. made a median annual income of approximately $53,400, but this amount varies on the success of the show. Screenwriting for movies or T.V. is probably the most glamorous job in creative writing allowing writers to not only rub shoulders with movie stars, but to also be publicly praised for their creative contributions at lavish ceremonies like The Academy Awards and The Emmy’s.

Most big budget video games like Halo or Call of Duty have a clear story line and scripted characters. Writing for the video game industry can be much more laid back than writing for a PR firm or a Hollywood studio, however these jobs can be less stable. Most careers in creative writing for the video game industry involve working with a team and are project based. Even though the job security can be unstable, video game writers made an average annual income of $73,386 in 2011 according to Game Developer Magazine. The average annual income for graduates with less than three years of experience also increased an amazing $3,500 from 2010 to 2011 making jobs in creative writing for this industry one of the most lucrative.

Whether working for an advertising company, PR firm, Hollywood studio or the hottest new video game, international students looking for jobs in creative writing for entertainment can expect a wide variety of careers to choose from. Most jobs in this industry require a college degree so specializing in writing for the entertainment industry can improve a student’s future employment prospects. Careers in creative writing for entertainment provide international students the excitement, creativity, financial success and potential fame that many writers ask for.

Learn more about studying creative writing in the USA by reading our growing article collection.

« Study Guide by Subject   « Study Creative Writing in the U.S.

Over time we will be updating this section and including more information for those who want to study creative writing in the USA and for other countries, but please feel free to post your thoughts and comments on our Facebook fan page, and also follow us and post questions through Twitter.

Study Creative Writing in the US

Visit the Study in the USA School search to find schools that offer programs of study in Creative Writing.