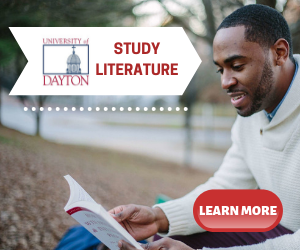 Reading, writing, and other classwork are big parts of getting a great education in literature. But the education doesn't end in the classroom! Literature internships are a vital part of rounding out your experience and understanding of the exciting field of literature.

When international students think of literature degrees, most of them probably imagine long hours spent in lecture halls and in the library digging through tomes of assigned reading. And, granted, this is in fact a large part of an education in literature. But another important and often overlooked facet of your literature experience is that of literature internships. Most literature students are encouraged or even required by their program to take either school-year or summer internships in literature.

What are literature internships?

So what are literature internships? Well, they're basically short-term, low-level work assignments within the field meant to give you experience in the literature industry while completing your degree program. They generally consist of a lot of administrative and clerical work, like copying and filing, broken up by more meaningful involvement in the workplace like attendance at office meetings or other higher-level responsibilities. Literature internships are almost always unpaid to emphasize the educational nature of the internship, though summer internships in literature are slightly more separate from the idea of class and thus more likely to earn you a little cash. They usually run from around eight to fifteen hours a week — any less wouldn't be useful, any more would be considered an abuse of the intern's free labor!

Internships, even the summer internships in literature, are rarely completely about the workplace, though; some academic activity is still involved. First off, to legitimize internships as learning rather than just unpaid work, most schools require students to actually be enrolled in an internship course that will take up a few credits in their schedule whenever they have an internship. This “course” may meet regularly, intermittently throughout the semester, just once, or even not at all, but it will still take up space in international students' schedules. Another academic aspect of literature internships is the post-internship paper that most schools require, which summarizes the student's experience and what they learned from it.

What is the point of an internship?

Now that you have an idea of what internships are, let's answer another question — what exactly is the point of them? Well, the fundamental purpose of internships is to help you gain experience in your prospective field. But it goes beyond that — internships also help you apply the ideas you learn in the conceptual environment of the classroom to the practical workplace, a major skill in actually finding work in literature. Internships in literature also help you build your professional network, further easing the transition into the working world upon your graduation. Finally, internships in any field let you see what the actual work is like so you can decide if it's for you before you actually commit to taking a real job!

There are a handful of types of literature internships out there, but most of them will fall under the umbrella of the publishing industry. Publishing is fairly business-oriented, meaning that students landing in internships anywhere from editing to proofreading to publishing business administration will need to buff up on their business savvy to really excel. Don't worry — while some business classes might give you a bit of an advantage, these skills can also be learned on the job. In addition to the business aspect, internships in literature will of course feature plenty of exposure to great literature itself as well. Moving into the realm of less traditional internships are opportunities in writing, often consisting of more one-on-one mentorships with a specific supervisor.

Internships are a great way for international students to further their education and get ahead professionally in the world of literature. Finding the exact right one can take some time, but keep at it! You'll be getting experience in and exciting industry, applying ideas learned in the classroom to the workplace, and building your network of professional contacts in no time.

Learn more about studying literature in the USA by reading our growing article collection.

« Study Guide by Subject   « Study Literature in the U.S.

Over time we will be updating this section and including more information for those who want to study literature in the USA and for other countries, but please feel free to post your thoughts and comments on our Facebook fan page, and also follow us and post questions through Twitter.

Study Literature in the US

Study Literature in the USA Guide

Visit the Study in the USA School search to find schools that offer programs of study in Literature.