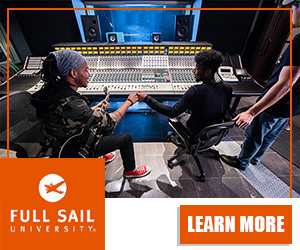 Though every undergraduate degree in recording arts is unique in some way, most programs offer a fairly similar undergraduate experience. Students will take a set of standardized courses during their first year or two, and then they will proceed into more specialized courses for their final years. All programs are heavily hands-on and most culminate in some sort of final project.

Like any college major, a recording arts major at most large schools will take a broad foundational set of courses on which they will build later skills. These include courses on the basics of mathematics, the physical sciences, acoustics, and music theory. These four areas form the groundwork for just about all specializations within recording arts. International students should be aware that programs that are modeled on the liberal arts might also require preliminary coursework in music history, the art of television, music performance, or other classes that overlap with the humanities. In these programs these courses serve to provide the undergraduate with useful context for their field and to accentuate the creative element behind recording arts.

Throughout the entire degree program, a recording arts major will partake in hands-on learning. Lab work is a common feature of many fields, and recording arts is no exception. Unlike chemistry labs, though, recording arts labs feature sound boards, recording spaces, and state-of-the-art computer hardware and software. Having these tools at their disposal, students can learn and train on the same equipment as professionals. In some more specialized schools, students will actually get to work in live, active recording studios on real-world projects. International students should do research into potential schools to find the program that best matches their interests.

Finally, most undergraduate recording arts programs culminate in some sort of final project. In a student's senior year he or she is often expected to produce an intricate portfolio or a full-fledged recording project. Some schools also require an internship during a student's final year. These final projects give students the opportunity to put everything they've learned together, and they also serve to help students find a job. Companies can easily see what a candidate is capable of by looking at their final project. Thus, international students that choose a recording arts major will usually leave their undergraduate program with a tangible product they can use to start their career.