Moving to a new country is a life-changing event, and international students who come to study in the U.S. face the added challenge of navigating America's educational system. The United States has various types of postsecondary learning institutions, each with their advantages and disadvantages. Let's look into what the more traditional option of a university or four-year college provides academically, socially, and culturally.

The United States has a plethora of types of institutions devoted to higher education, each offering various degrees or certificates and different lifestyle experiences. It can be difficult for international students pursuing a degree in broadcasting to understand the often subtle variations between these types of institutions and figure out what their options are as far as broadcasting, communications, and broadcast journalism schools.

The typical postsecondary education in the US is a degree from a university or four-year college. The terms “college” and “university” are often used interchangeably, but within this four-year-institution level there is technically a difference between the two: size. A “college” is a smaller institution made up of one school that sometimes specializes in a particular field. Examples of prestigious American colleges are Dartmouth, Pomona, and Carleton. A university, on the other hand, is a large entity comprised of multiple colleges, which in turn offer more specific areas of study within that university. What does this mean for broadcasting students? A single university could contain multiple schools relevant to international students pursuing a degree in broadcasting, including communications schools, broadcast journalism schools, film schools, and more. Thus, one of their biggest advantages over other school types is the myriad of ways you can study broadcasting!

Universities and four-year colleges primarily offer undergraduate degrees, such as the Bachelor of Arts and Bachelor of Science, and graduate degrees, such as a Master's degree or PhD, though many also award associates degrees or certificates. Most broadcasting students will find themselves in the undergraduate programs, as a Master's degree in broadcasting is generally reserved for those with prior work experience in the field wishing to further specialize their expertise. Note that, despite being colloquially referred to as “four-year” to differentiate them from other different types of colleges in the US, four-year colleges do typically offer degrees that take less or more than four years. Also keep in mind that some universities and four-year colleges lean more heavily toward either undergraduate or graduate studies, so do your research and figure out if your prospective school has one of these specialties. You'll get more attention if you pursue your undergraduate or graduate broadcasting education at a school that focuses on your level of study.

One other major distinction at this level is between public and private institutions. Public colleges and universities are funded mostly by the state, while private schools pay their expenses with donations, endowments, and student tuition. Public institutions often have a state in their name – Ohio State, University of California, etc. – while private institutions more typically do not – Northwestern, Stanford, etc. There are some misleading exceptions, like the private University of Southern California and New York University or the public College of William & Mary and Ball State. And since some of these happen to be top broadcasting schools, it's important to keep them all straight!

How does the difference between public and private really affect international students? Students coming from abroad won't get the advantage of in-state-resident discounts at public schools, negating one of those institutions' big advantages over their private counterparts. But given the greater size of most public institutions versus private ones, public colleges and universities typically have stronger international communities that can make a student's transition into the US more manageable. As for what it means to the quality of a school's broadcasting program, the difference between public and private is negligible. It is true that private schools are reputed to provide more personalized attention to each student than public ones do, but within the specialized world of a broadcasting program, both public and private institutions can provide of top-notch quality. It really depends on the specific school, so again, do your research!

Outside of academics, the biggest draw of four-year colleges and universities is in their archetypal “college” experience: on-campus housing, vibrant social life, intercollegiate athletics, and numerous student organizations. Students at four-year colleges and universities are often shaped just as much as people by the college experience out of the classroom as they are by their academic exploits in class. For those unsure what exact broadcasting field is right for them, an institution like this with great all-around experiences and plenty of academic options offers a great starting point.

However, this environment won't appeal to all students pursuing a degree in broadcasting, and it certainly doesn't cover all broadcasting and broadcast journalism schools. There are also Community and Career Colleges that offer options that focus more heavily on the broadcasting curriculum and have a less-centralized student life. 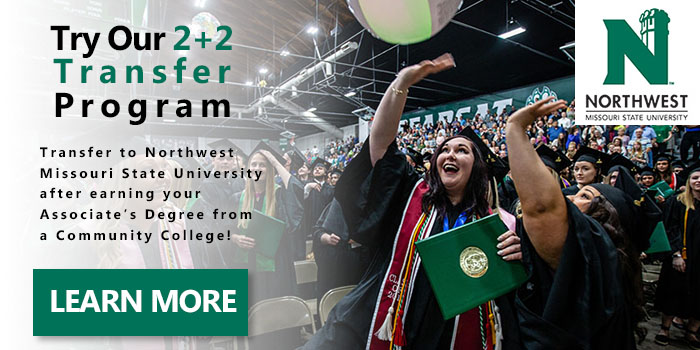