Some might think of film as a hobby. Shooting a video might be a novel interest, maybe even relaxing. So why study film in the U.S.? Film is a very real industry, far from the pastime someone might think it to be. From the most recent fact sheet from the Motion Picture Association of America, the American film industry supported 22.2 million jobs and nearly $137 billion in total wages in 2009. Because the opportunities are virtually endless, there are many benefits for international students studying film in the U.S.

One benefit is that the film industry is worldwide. The earliest filming devices were developed by inventors from all over the world. Simon von Stampfer from Austria, Joseph Plateau from Belgium and William Horner from in Britain all developed an early type of film equipment in the 1830s. Images were positioned around a drum or disk and when rotated, appeared to be moving. Moving images were new and exciting.

That excitement still continues today as film is a diversion enjoyed by most people around the world. Although the U.S. film industry is still active, "a shift in production of theatrical motion pictures from the U.S. continues to grow as countries all over the world introduced incentives," according to a press release by Center for Entertainment Industry Data and Research. "From 1998 to 2005, feature film production in Canada grew from $430 million to $1.2 billion (179%). For the same period, production in the U.K. and Ireland increased from $486 million to $809 million (66%) … production in Australia and New Zealand rose from $113 million to $717million (531%) … production in Eastern Europe jumped from $30 million to $308 million (927%)," according to the press release.

All these numbers mean that international students studying film in the U.S. will get a chance to use their skills all over the world on production shoots and other film related activities as well as interact and plan with other countries as the American film industry branches out to other countries.

Another benefit to studying film in the U.S. is the wide availability of production companies and jobs in film located in America. According to the Bureau of Labor Statistics, "studios and other production companies are responsible for financing, producing, publicizing, and distributing a film or program" but "the actual making of the film often is done by hundreds of small businesses and independent contractors hired by the studios on an as-needed basis."

According to the Motion Picture Association of America, the film industry is made up of nearly 95,000 small businesses in total, located in every state in the country. The film industry made $38.9 billion in payments to more than 208,000 businesses around the U.S. in 2009.

These independent film companies are involved in a variety of projects for the major film studios. Some provide post-production support, such as editing, closed captioning, titling, animation, special effects and computer graphics.

Many of the large studios are located in Hollywood, California. New York City is also a hub for the film industry. But with production companies located all over the U.S., international students studying film have freedom to choose where they will live. 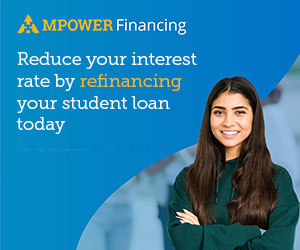