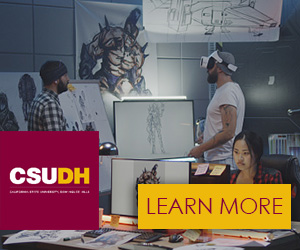 Video game development programs in the United States are some of the most prominent in the world. Given the number of esteemed programs in the US, international students will need to establish certain criteria to guide their school search. This article will help international students identify some of the top schools for video game development in the US and help them identify a school that will their needs.

There are a number of institutions that have been given an honorable mention in surveys regarding the best schools to study video game development at within the US. Such popular and well-regarded institutions include some of the most prominent names in the field. Among these prominent institutions are the Georgia Institute of Technology, North Carolina State University, University of California Santa Cruz, and Drexel University.

The program at Worcester Polytechnic Institute in Worcester, Massachusetts, focuses less on the production overview and team leadership aspects and more on technical programming and design skills.

Additionally, the Princeton Review annually ranks universities and their respective departments. These rankings are created to give students a rough guide and students should also look at other factors when choosing a school like the available hands on learning, the student to teacher ratio and graduate job placement. However, for students to have as a point of reference, here are the highest-ranking top schools for video game development in the United States according to the Princeton Review: