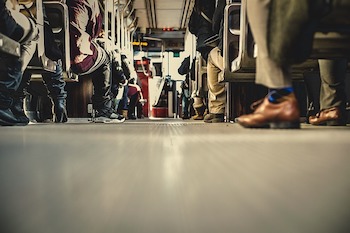 A bicycle can be a great way to get around campus and the local area around a student’s university. Whether the campus is based in the middle of a city or in the suburbs, a bike is economical and a good way to get some exercise. Cyclists in some states are legally obligated to wear a helmet when riding their bikes, but it is a good idea to always wear a helmet, whether or not the law requires it. Cyclists should also always take care to observe the law of the road. As with any personal property, students should take care to lock their bikes up when they are not using it. A good lock can be bought relatively cheaply.

For students who are based in an Australian city, the bus system, as well as most of the public transportation system, is fairly extensive. Students should find it fairly easy to maneuver around in cities. Buses in the suburbs, however, do not run as often as those in the city. Students living in the suburbs will have to find alternative methods of transportation. Australia is an extremely large country, so for longer journeys, use of the train or airway system is recommended.

Australia’s most commendable method of public transportation is its railway system, which connects many rural areas to major metropolitan areas. The railway network in Australia is extremely large; it comprises of a total of 33,819 km of track. Rail service is provided by various rail transportation services across the country.

Taxis can be extremely expensive for students, but are good for longer journeys that are either too far for walking or by bicycle, or in the case that there is no bus or subway system available to a specific destination. Students should be advised to always remember to check that their driver has a valid ID card which should be displayed and to make sure the meter is running. Students should never enter a taxi where the driver has asked for a set fee! Taxi drivers are generally not tipped in Australia.

Like most countries that offer rideshare options for getting to and from, Australia’s most recognized name will be Uber. However, as the popularity of rideshare increases, more options become available. While every provider you research will offer the same basics, it will often come down to availability in the area you live in and the cost. In general, it can be said that rideshare will be a more economical choice than a taxi.

Other options for rideshare in Australia other than Uber includes but is not limited to:

Be sure to keep in mind that the services and providers available to you will vary according to where you are located in the country.

Also because it is so large, Australia as a nation is highly dependent on road transport. It has the second highest level of car ownership in the world, with three to four times more roads per capita than Europe and seven to nine times more than Asia. The distance travelled by car in Australia is among the highest in the world, exceeded only by the United States and Canada.

The Australian Highway System serves the regions of rural Australia. It is sub-divided into three different categories: the Federal highways, the State highways, and the local roads. This highway system is highly efficient; it needs to be, because without it travel to more remote and uninhabited regions of Australia would be impossible.