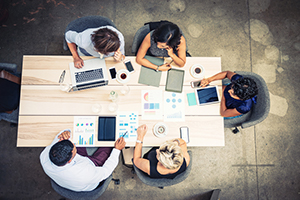 One of the biggest draws for international students interested in studying in Australia is the quality of scientific research. Australia is among the top 10 spenders in the world for research and development. 2% of all scientific papers in the world come from Australia, putting the country at the forefront of new technology and innovations. These impressive accomplishments can prove to be beneficial for international students who choose to study in Australia.

Australia is known for adopting new technologies at a faster rate than most other countries. It entered the new millennium with one of the highest rates of internet access in the world. Scientists and researchers from Australia have been responsible for many major breakthroughs and technological developments around the world. In fact, Australia boasts sixteen Nobel Prize recipients—not bad for a country with a population of about 24.6 million.

The growth of technology in Australia has had several important results. It has increased opportunities for innovation and design, helped various industries make improvements in their already existing establishments, and helped to improve the quality of their goods. The technology growth has also helped to improve Australia’s economy, as it is now one of the leading countries in the world for importing and exporting goods.

Australia has a tradition of world class research and development, which has benefitted millions around the world, such as the discovery of acquired immunological tolerance in 1960, as well as observations which led to the discovery of the accelerating Universe in 2011. Australia prides itself in its commitment to scientific discovery, and through the Backing Australia’s Ability initiative, A$2.9 billion is to be invested from 2011-2016 in order to fund research meant to stimulate economic and scientific innovation. In addition, up to five fellowships are awarded to non-Australian researchers from overseas each year.

Australia also boasts the world famous Commonwealth Scientific and Industrial Research Organization (CSIRO), the largest government research and development agency in the country. It is one of the largest and most diverse research institutions in the world, and is involved in more than 750 research activities with scientific organizations and agencies in more than 80 countries. It conducts research in fields such as health, agribusiness, information technology, manufacturing, sustainable energy, mining and minerals, space, the environment, and natural resources.

Technology and Research in Australian Education

Australia is a technologically advanced, forward-thinking country, and this is demonstrated in their education system. Australian classrooms are equipped with the latest technologies, and laptops are allowed in most lecture halls and classrooms. Education institutions in Australia seek to prepare their students for successful careers in their chosen fields by supplying them with modern and innovative facilities. 35 special Research Centers and Key Centers of teaching and research in Australian universities are undertaking high-level research, providing a varied range of undergraduate, postgraduate, and specialized professional education courses in a number of fields. In addition, Australia has established 63 Cooperative Research Centers that foster joint research between universities and private industry.

Australia offers several research opportunities to young, promising professionals. This country-based research is spread all over the continent, and selection is highly competitive. Selection is based on merit, and a proven track record of academic excellence is a must.

The opportunity to work in such an impressive and promising environment is a huge draw for international students interested in studying in Australia. These students will benefit from the technologies available to them, as well as the chance to conduct research of their own.

Why Study in Australia