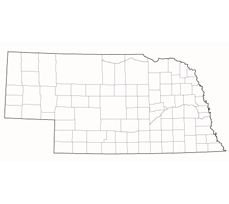 Since the recent recession in the United States, the country's economic sphere has been struggling to recover. International students might wonder if it's worth the time, money and effort to study in America to get a degree in a country where a gloomy unemployment picture looms.

However, one state in particular has maintained a stronghold in the economic sector. According to Competitive Advantage Assessment and Strategy for Nebraska, a report done by the Nebraska Department of Economic Development and Nebraska Department of Labor and Battelle Technology Partnership Practice in October 2010, "Nebraska has weathered the recession much stronger than other states and has an opportunity to build on that momentum going forward. As of July 2010, Nebraska's unemployment rate stood at 4.7 percent, compared to the national average of 9.5 percent." Currently, Nebraska's unemployment rate is still lower than the national average.

Five sectors (biosciences; financial services; precision metals manufacturing; renewable energy; and transportation, warehousing and distribution logistics are key players in Nebraska's economic world, and international students studying in Nebraska might want to keep them in mind when deciding what degree to pursue.

With 150 majors to choose from, this public university will keep international students studying in Nebraska busy.

Nebraska has thee higher learning institutions in its state college system: Chadron State College , Peru State College and Wayne State College . Much smaller than the University of Nebraska, Chadron had a student body of 2,235 during the 2010–2011 school year. It also contrasts with the University of Nebraska in that it is located in a rural setting. Two of its most popular programs of study are biology/biological sciences and business administration and management, both of which will set students up in two popular fields of employment.

Wayne State College has around the same student body size as the other state colleges and is part of the NCAA Division II. Located in the Midwest, Nebraska offers a mix of outdoor adventure and history, along with a few quirky attractions, such as Carhenge, a replica of Stongehenge with a catch: it's made out of old cars.

Fort Cody Trading Post offers international students who study in Nebraska a chance to see the wild wild west. In North Platte, the trading post has a museum with cowboy artifacts and a free Buffalo Bill's Miniature Wild West Show.Dobby's Frontier Town offers students a chance to see what it was like for settlers traveling west—complete with a jail, saloon and general store.Omaha Botanical Gardens provides students with a chance to learn and gaze at unique plants and flowers. They are located close to the University of Nebraska at Omaha .

For more information and to search schools to study in Nebraska, and to contact them for free for further information, please visit the Study in the USA School Search.