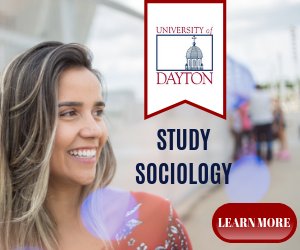 There are thousands of universities in the United States and deciding which sociology programs to apply to can be intimidating for international students. The United States is a large country with a varied landscape, climate and culture. As there are good programs throughout the United States, one important consideration for deciding where to study is whether the university is located in an area that the individual student would feel comfortable.

When deciding where to study sociology in the US, international students will probably have several features in mind to help them decide which university is right for them. As the US is a large country with thousands of universities, one important feature to consider is the location of the university. Completing an undergraduate degree in sociology should take around four years and completing a graduate degree can be even longer. International students should apply to universities in regions of the US that they will find most enjoyable or comfortable to live in.

Visit the Study in the USA School search to find schools that offer programs of study in Sociology.

Taking Sociology Classes in the Northeast

Studying Sociology in the South

Arizona, New Mexico, Oklahoma and Texas make up the region known as the Southwest. The Southwest contains cities as well as desert and wide, open spaces. The Southwest is the home of the Grand Canyon, Monument Valley, Carlsbad Caverns and many other national parks. The climate in the southwest depends greatly on the elevation of the area. Lower elevations tend to have an arid desert climate with very little snow, while higher elevations have alpine climates with a significant amount of snowfall. On average, the southwest has hot summers and mild winters. The best schools for international students planning on studying sociology in the southwest are University of Texas – Austin, University of Arizona, Texas A & M University, and Arizona State University.

Studying in the Mid-West

The Mid-West is divided into two sub regions. The Great Lake states include Michigan, Ohio, Indiana, Illinois, Minnesota and Wisconsin, and the Great Plains states include Iowa, Missouri, North Dakota, South Dakota, Nebraska, and Kansas. States in the Mid-West are moderately dry with most of the rain occurring in the early summer. The Mid-West also experiences four full seasons with pleasant late springs and summers and harsh winters. The Mid-West is considered to be the "bread basket" of the US as it contains some of the richest farmlands in the world. The Mid-West also includes large urban areas, e.g. Chicago. Mid-westerners are considered to be open, friendly and straight-forward people. Some of the best universities to consider in the Mid-West for sociology are University of Wisconsin – Madison, University of Michigan – Ann Arbor, University of Chicago, Northwestern University , Indiana University – Bloomington, and Ohio State University.

Studying in the West

There are many factors that an international student should consider when deciding where to study sociology. As you can tell, there are a number of competitive universities throughout the US to take sociology classes, so students have a large number of options depending on what they are looking for. If you are an international student, think about what you want to get out of your education, what type of experience do you want to gain outside the classroom, and begin your adventure of studying sociology in the US!

Learn more about studying sociology in the USA by reading our growing article collection.

« Study Guide by Subject   « Study Sociology in the U.S.

Over time we will be updating this section and including more information for those who want to study sociology in the USA and for other countries, but please feel free to post your thoughts and comments on our Facebook fan page, and also follow us and post questions through Twitter.

Study Sociology in the US

Study Sociology in the USA Guide